12 ways to draw a world map

I don’t know about you, but personally I can spend hours in front of a world map. I travel with my eyes from one continent to another and am fascinated by the size of our planet, which is so small in the vastness of the universe. I feel small, but also special and privileged to live on the planet where life was created. I point my finger at a place and inwardly tell myself that there are thousands of people living under my finger with their culture and customs, and I have only one wish: to meet them.

One day I started drawing my own map of the world. Cautious by nature, I wanted my maps to be as true to reality as possible. By looking at tons of images of maps of the world, I discovered the different ways of drawing them called projection. Needless to say, some of them are strange and yet it is the strangest projections that best preserve the proportions of the continents.

“Dominique, are you implying that the most common map of the world that shows the earth flat is misleading us about the size of the continents?”

Yes! and this projection is called: 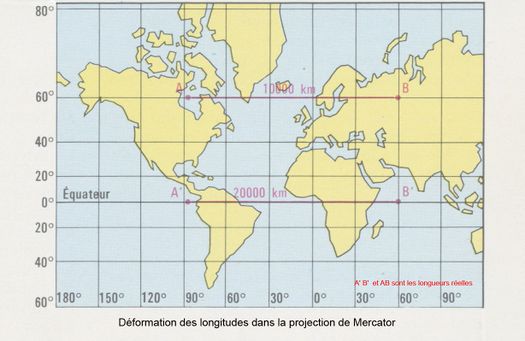 Mercator’s projection was developed by Gerardus Mercator around 1550 and is one of the oldest. However, it remains the most widely used as it is the most aesthetic to the eye. However, this type of cylindrical projection, which maintains angles, has the defect of distorting the size of the continents. For example, Greenland appears to be larger than South America while it is six times smaller.

Fortunately, others have studied the proportion of the continents so other projections have emerged. 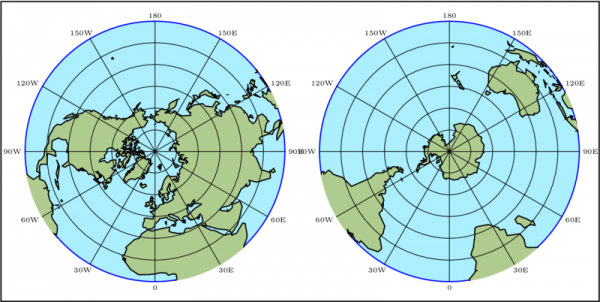 In 1580, Guillaume Postel proposed an equidistant azimuthal projection that gave the impression of viewing the earth over either the North Pole or the South Pole. It is quite normal for this projection to sound familiar as it is used as the emblem of the United Nations. 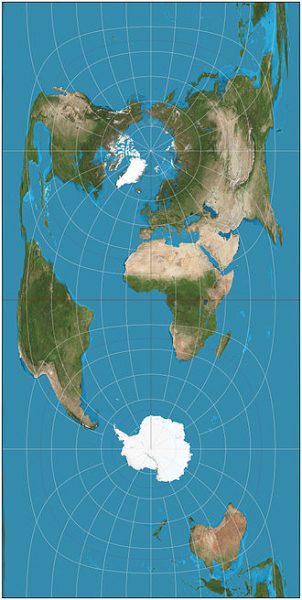 The projections by Bonne, Sanson-Flamsteed and Werner 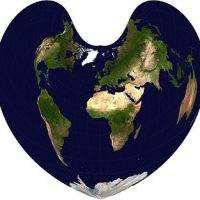 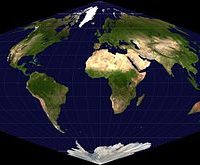 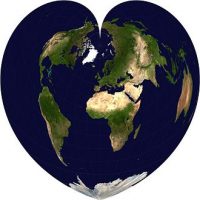 The projection of Mollweide 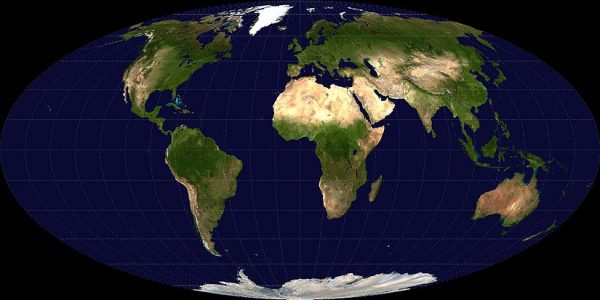 In 1805, Carl Brandan Mollweide proposed a pseudocylindrical projection that resembles a crushed sphere that maintains the size of continents but deforms them. Its compact appearance makes it the first choice for planispheres. 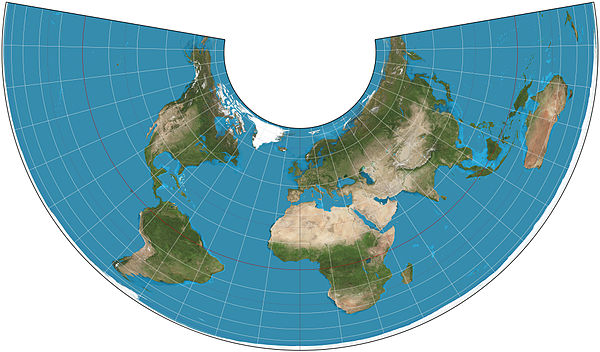 In the same year, the conical projection named after Heinrich C. Albers was created by Albers, which had the strength to maintain the proportion of the individual continents. It is the official projection in British Columbia and the Yukon. 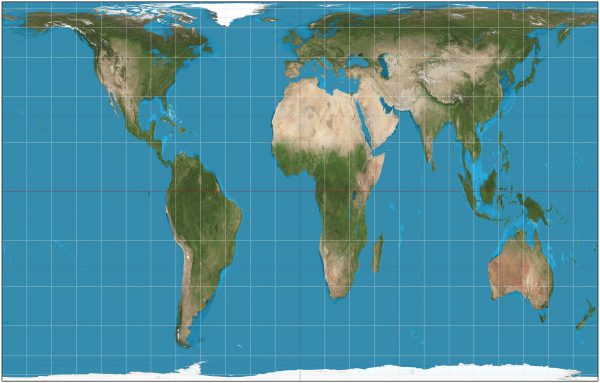 In 1855, James Gall and Arno Peters created a new cylindrical projection that, like Mollweide’s projection, preserved the size of the continents but deformed them.

Goode’s pseudocylindrical projection, which some people like to refer to as “orange peel,” was invented by John Paul Goode in 1923 and is a surprising section, but one that preserves the size of the continents by distorting them a little less than the Gall. Peters and Mollweide projections. 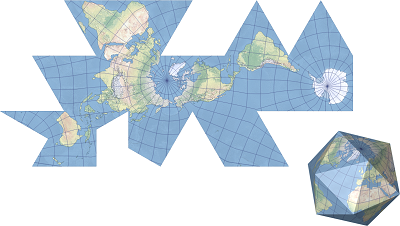 In 1946 Richard Buckminster Fuller proposed a projection by representing the earth as a 20-sided polyhedron.

This projection is unique and has several properties that distinguish it from conventional projections:

It’s exciting, don’t you think? Now that you know more about the projections, tell me which one I use for my color world maps.

In the hope that, like me, you will spend hours on my colored world maps or my world maps on canvas.

TV guide: 23 of the best shows to watch this week, beginning tonight – The Irish Times

The ultimate guide to Auvergne-Rhône-Alpes

5 essentials for protecting your child from the sun

Visit Sicily with these 28 pictures

10 things to do with your family this summer